Reflections of a Lay Pastor: December 2nd 2018 What have we become?

Reflections of a Lay Pastor: December 2nd 2018 What have we become?

Reflections of a Lay Pastor:  December 2nd 2018  What have we become? 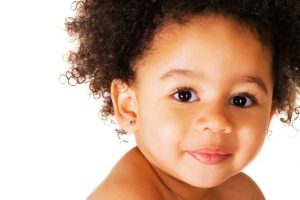 us when they saw him for the first time.  Simeon was an old man and he took Jesus in his arms and said that he was content to die now.  Now that he had seen with his own eyes a child whom he believed was to save his nation, from what?  From Sin, error, oppressors;  who knows, he was not specific.  Anna was a centenarian widow and she broke into an anthem of praise for the child.  Can you remember, of course you can’t, how your birth was greeted?  Do you think that your mother said:  Oh not another one!  Or perhaps:  I had hoped for a boy!  Or perhaps your father said:  He looks a bit like our milkman.  Or do you think that when people first saw you, they rejoiced because you were a little miracle?  Never mind that such miracles happen all the time, every new life is a miracle.  Each one can bring tears to our eyes when we think hard about the new life behind that appealing face, and all the possibilities promised by a birth.  We think:  There is hope for the future!

Am I alone at being reduced to gushing familiarity by every little miracle in a pushchair that I pass in the street, so much so that I often ask whether this is the most beautiful child in the world, and the mother often replies that it is.

In our second reading (the first letter to the Thessalonians 3:9-13), Paul asks the rhetorical question:  How do I properly thank God for all the joy you bring to me?  Is that how people see us?  Is that how the magic little balls of needs and noise that we started life as, and that people greeted with such love, is that how we turned out?  Do people wonder how they can express their thanks for our lives?  Or would we disappoint the likes of Simeon and Anna?  Have we realised the potential for changing the world that people wept over when they saw our puckered little faces?  Paul goes on to pray that God will so fill the lives of the Thessalonians with love that it will splash over onto everyone around.  Have we responded to the love we have received by splashing it over everyone we meet?  Or, has God done the filling as per promise, and we have just pulled the plug out and let it all drain away?

We are very restricted in English, really only having the one word for Love.  Oddly, the pre-Christian Greeks had several just as apparently, people who live in Lancashire have many words for rain.  Maybe we have something to learn.  Certainly, we do well to analyse how we should be showing love to others, and the Greeks can help with this.

Eros concerns sexual love;  it is the sort of love that many people think we should be teaching primary school children about to prepare them for the changes that are going to happen to them.  Others think it better that they learn from the Internet and from other, more promiscuous, children.  Anyway, for some reason we don’t talk about it in church.  The privilege and burden of listening and talking to children and adolescents experiencing Eros for the first, confusing, time lies with our guide leaders, our scout leaders, our youth club leaders and our junior church teachers.  What support can we give them?  Eros is a reminder that the human species has a will of its own and will procreate with or without our permission.

Pragma describes deep and long-standing affection and is applied to marriages that last the course and to any long-standing partnerships.  There is an implication of giving and receiving services to achieve a common goal.  Even couples who have long dispensed with eros can “stay together for the children”, each making their own contribution and working together.  We get the word pragmatic from this word as well as a range of computing terms which I don’t understand.  The evangelical church in Bradford has formed CAP, Christians Against Poverty, to help families that descend into financial difficulties, often as evidence of a lack of Pragma in relationships.  What could we, as a church, do to help couples in difficulty?

Ludus is about playful love.  We experience it when we play games with little children, like hide and seek, even if we don’t understand the rules;  laughter is involved;  you don’t hear children’s laughter when they live in fear, only when there is love around.  Even grownups at harvest teas or sitting in a pub after a long hike are bound together by a playful bond of love.  Members of a rugby or hockey team are bound by a loyalty around the rules of the game and stand by each other in playful mode.  Is there enough playful laughter in our church?  Does the laughter attract those who would like to join in?  How can we better experience and use Ludus?

Philia describes the love of brothers or sisters.  Aristotle defines it as:  “wanting for someone what one thinks good, for his sake and not for one’s own, and being inclined, so far as one can, to do such things for him”  This has nothing to do with eros, neither is it a “working together” like Pragma, or a lighthearted love like Ludus.  Perhaps The Hollies and Neil Diamond explained Philia most clearly in their worldwide hit:  “He ain’t heavy, he’s my brother”.  If you want to see Philia in action, join a team, the flower team, the gardening team, the Wesleys volunteers, any of the uniformed organisations, and see how the members, quite apart from their stated purpose, look after each other.  Perhaps those who come into our church are really looking for a team to join.

Philautia is about loving one’s self.  It is the sort of love that we have to teach to teenagers who have their appearance taunted on social media so much that they hate their own reflection.  We have to get them to the stage of looking in the mirror every day and saying:  “you are a beautiful person, a child of the universe, important to God, to your parents, and most of all to me”.  Again, the burden of this work is on parents and those who volunteer to help with young people’s organisations.  Do we support young families and those with teenagers enough?  Is there any more we can do?

Agape goes further;  we demonstrate Agape when we take the principled stand of loving by default.  It is a universal, unconditional love that transcends and persists regardless of circumstance.  This is the sort of love that a parent has for a child of whatever age, of whatever fault.  It is often regarded as the word most closely describing the love that Christians have for each other emanating from God in the life, teaching, and example of Jesus.  Agape encompasses all the others and is surely what we mean by Loving God, Loving People, Loving the World

Advent reminds us about the joy of a little baby, about the potential that the baby represents;  but let’s not think about other babies, let’s take a moment to evaluate how the little babies that were us turned out.  Despite our collective, lemming-like belief that we are going to live forever, we actually don’t have long to make an impact on the Gross Domestic Product of Love.  It is not too late to start splashing it around.  Extravagant love, extravagant joy, extravagant generosity;  we need more of it to splash over onto everyone around.