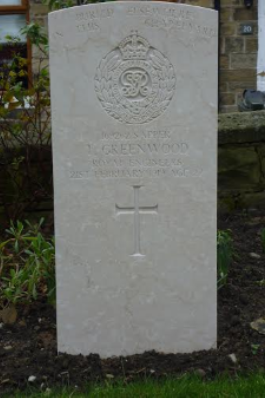 A few months ago you may have noticed that a headstone was erected by the Commonwealth War Grave Commission at the lower end of the Church garden.

The Commission ensures that 1.7 million people who died in the two world wars will never be forgotten.  They care for cemeteries and memorials at 23,000 locations, in 154 countries.  Their values and aims, laid out in 1917, are as relevant now as they were almost 100 years ago

Somewhere in the garden area lies the grave of a local born man who lost his life in WWI namely Tom Greenwood.  We only know a bit about Tom, which is: