We keep getting Jesus wrong!  When people wanted 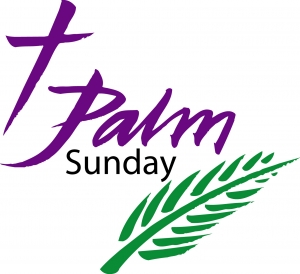 to hail him as their king, he simply rode into Jerusalem on a donkey.  We know the story;  we have seen hundreds of pictures of the event;  it is commemorated all over the world in different cultures on Palm Sunday;  what is so difficult to understand?  When we feel moved to “Lift Jesus high”, to “Worship his majesty”, to “Exalt the King”, he gently reminds us that, as a change from walking the earth in sandals, he sometimes rode on a donkey.  The only lifting high that Jesus did was on a cross of torture, or rejecting temptation when Satan took him to a high place.

Our image of God has changed over the centuries, as has our understanding of the universe, of medicine, and of the interdependence of the natural world.  Even Isaiah saw Jehovah as an enthroned God, surrounded by majesty.  The church forgets about the real, poor, Jesus;  just as it rejected, and still rejects in some benighted places, the theory of evolution or the reality of human induced global warming.

The distant, all-powerful, all-knowing, vengeful, arbitrary, god of Genesis sounds very much like our image of what used to be called “toxic leadership” in industry;  the leader who never visits the workforce but who demands total obedience.  Jesus came to change that image, to be the God who visited the Earth and who rejoiced in its pleasure and suffered its pain;  who enjoyed the companionship of loyal friends and got hurt when they betrayed him.

Jesus discovered that his ministry was not to be restricted to Jews, it took a while for the early church to rediscover that mission to gentiles.  Jesus looked on the poverty stricken and the disabled as his brothers and sisters, yet it is only sixty years since I was singing in church one of Mrs. Cecil Alexander’s “Hymns for Little Children”:  The rich man in his castle / The poor man at his gate / God made them high and lowly / And ordered their estate.  The church preached that the rich were rich because they were favoured by God, that the poor owed them loyalty and respect for being rich.  Why do we persist in moving away from the message that Jesus brought to a place that seems so much more attractive to us?

Francis and Clare, in their short but influential lives, discovered the message all over again in 12th century Assisi, and started a world-wide spiritual rebellion against the empire-building of the church.  By the time Henry VIII authorised the pursuit of William Tyndale all over Europe for daring to allow the ploughboy to hear the New Testament in his own language, the church had forgotten the whole message again and power resided in the church hierarchy once more.

Let us not become another forgetful generation, ignoring the message of Christianity for the holiness and religion of the church organization.  Jesus was young, Jesus was poor, Jesus was black, Jesus was full of love.  He was not on a throne, we put him there.  I don’t think he finds it at all comfortable.

The Lay Pastor publishes this blog each week.  He welcomes contributions