Palm Sunday has only one story, and pretty much everyone knows i 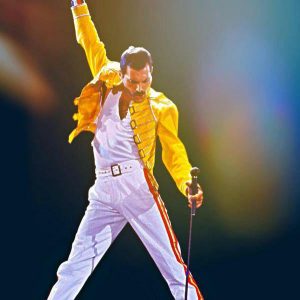 t.  Adulation is the theme.  Jesus accepted the desire of people to honour him and to make their admiration public with rejoicing.  Jesus acknowledged their desire and probably played his full part in the way the crowd wanted to recognise him despite his trepidation at what lay ahead for him in Jerusalem.  This was worship;  joyful worship.  Any leader has to be prepared to accept that there may be times when followers want this sort of event.

Thinking of parallels outside of the history of the church, one can think of the homecoming of a football team with a treasured trophy;  the red carpet at the Oscars;  or the welcome for miners emerging from an underground incarceration.  In each case, people find themselves at the centre of attention;  some rise to the occasion, some don’t.  Although it seems that the show is for the benefit of the person exalted, that person is wise to consider that the crowd is also fulfilling its own need for someone to elevate.  The wise leader will consider how to behave to enable everyone in the crowd to express their individual and corporate happiness.

We have a duty to allow others to express the feelings that they have, even if it means accepting personal praise and exaltation.

The wise leader will also want to make sure that the qualities, or actions, for which the crowd want to celebrate them, are qualities or actions of which they are proud and which they are happy to own.  In the case of Jesus, he had lived as an example of humility, empathy, concern for others;  as a teacher;  as a prophet;  as an evangelist;  making a last-ditch attempt to bring humankind on board to the love of God.  Jesus’ parable in Mark 12:1-12 makes his mission clear;  “Surely, they will respect my Son!”  Jesus would have had no concerns that his life was worthy of celebration, and presumably no illusions about the fickleness of the adulation.

Jesus might have had some suspicions that some of the crowd mistook His mission and that they expected worldly leadership from Him, maybe to drive the Romans into the sea, but there is no mention in the Gospel stories that He tried to correct this impression with the crowd.

What are the lessons for us?  It is clear that we can avoid all public roles and stay under the radar.  Many people thus quietly live lives of great value;  the health or otherwise of society depends on them.  Society also needs leaders.  Sad but true.  These leaders, of whatever sort, run the risk of becoming popular for a while.  Although these leaders have a responsibility to others to allow them an outlet for their admiration, they must try to make sure that the qualities or actions for which they are being feted are ones of which they are proud.

Over and over again in the media, we see people rise to popularity by becoming a spokesperson for the negative and hateful thoughts of others.  It is always popular to publicly identify who is responsible for any woes that people feel.  Christians who choose a public role of any sort must avoid this route to approval.  Almost inevitably, adulation will turn, as it did in the few days between Palm Sunday and Good Friday, into hatred and rejection.

In the words of Rudyard Kipling, posted above the entrance to Wimbledon’s Centre Court:  “Meet with triumph and disaster and treat these two imposters just the same.”