Today’s lectionary, Luke 12:32-40, is about the use of money and contains the 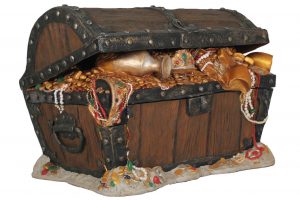 memorable phrase of Tyndale’s “For where your treasure is, there will your heart be also.”  Jesus urged his disciples to separate themselves from the love of money so that they might more easily let go of it when they came to leave this Earth.  John Wesley was also very keen on the use of money.  In his sermon, usually numbered 44, he urged his followers to “Gain all you can, save all you can, give all you can.”  He had caveats as we might expect.

Gaining, or earning, money had to be conducted without damage to our own health, sleep, family, posture, exposure to chemicals, etc.  This was easier said than done.  At the time when Wesley specifically mentioned contact with arsenic as a way of earning money to be avoided, many children had little say in being sent through labyrinths to scrape the poisonous metals from walls where they had been deposited as a byproduct of refining tin.  Wesley would not countenance damage to body or mind, nor to body or mind of our neighbours.  This ruled out any cheating of taxation laws, any pauperization of any neighbour (…and who is my neighbour?)  This included depriving a neighbour of land, of labour, or of income.  It included damaging a neighbour in his soul by providing opportunities for gambling, drinking, or licentious behaviour

In saving all we can, Wesley was clear that some forms of investment were off limits to a Christian.  He would have had sympathy with the move to disinvest in the oil and gas industries, in the gambling industry, or in house building by extortionate profiteers.  He warned against (and here his views may chime with many parents) throwing away money providing luxuries for your children, thus increasing the desires of the flesh.

One of the few uses of money for which Wesley had praise was to give it to the poor by some route.  He suggested that all expenditure should be tested against the situation in which we are required to justify it to God, or to God’s representatives, namely children of God who have gained and saved less.

In 1731 John Wesley began to limit his expenses so that he would have more money to give to the poor.  In the first year his income was £30 and he found he could live on £28 and so gave away two. In the second year his income doubled but he held his expenses even, and so he had £32 pounds (a comfortable year’s income).  In the third year his income jumped to £90 and he gave away £62.  In his long life Wesley’s income advanced to as high as £1,400 in a year, in modern terms one of the highest paid preachers of all time, but he rarely let his expenses rise above £30.

This so baffled the English Tax Commissioners that they investigated him in 1776 insisting that for a man of his income he must have silver dishes that he was not paying excise tax on (there was a tax on wealth in those days, sadly no more).  He wrote to them as follows:

“I have two silver spoons at London and two at Bristol.  This is all the plate I have at present, and I shall not buy any more while so many round me want bread.”

This man was the founder of Methodism, leader of a Jesus-Shaped life.  Shall we follow his example?