Reflections of a Lay Pastor: August 12th 2018: Being different

Reflections of a Lay Pastor: August 12th 2018: Being different

The Bible is full of stories about people who were different.  Almost 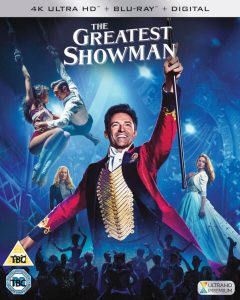 every character in there stands out as being unlike those around.  Think about Ruth, the two-times refugee;  about Joseph who honoured Mary’s pregnancy and brought her child up as his own;  about Mary Magdalene, and St Paul;  and especially about Jesus.  Most of the time, people who are different and dare to stand out from the crowd get bullied and persecuted, and sometimes they change the way we think about things for ever.  Most frequently, both.

Bullying evolved to keep people in line, to make sure that we all behaved in the same way, so we could depend on the reactions of those in our village or country to any situation.  This is what makes immigration so threatening to some people, because it brings people into our society who behave very differently; with different habits, different food, and different religions.  Making sure that everyone does things just the same works for a society that isn’t changing but it is a recipe for wipe-out when the world around is in a state of flux.  Then we need many different ways of thinking so that one can emerge to help us cope with the crisis.

Many times in the Gospels, Jesus tells his disciples not to conform to the ways of the world, and not to be afraid of the persecution that will result.  Jesus seemed to know that the ways of Jewish society of 30AD would not serve the world well.  His instruction is even more relevant today.

Many of the activities accepted as normal in our country may lead to the extinction of human life.  Watch any quiz show on TV;  what knowledge is rewarded?  Is it knowledge of science or of geography, an understanding of history, perhaps?  Do we prize the crafts of animal husbandry or gardening, or the physical skills of making and repairing?  No, what we see rewarded over and over again is knowledge of celebrities, of musical artists, of sport, or of film.  What foods are the most promoted?  Would that be fresh fruit and vegetables?  What behaviour do our Soap operas portray, along with daytime TV chat shows?  Does love and forgiveness attract more viewing than anger and invective?  Are we encouraged to walk to work, or to drive a powerful car?  Are we encouraged to make do and mend or to buy gadgets that consume electricity and save us work?

There has never been a time of such rapid change;  there has never been such a time when we were called to stand out from the crowd.  This standing-out has to be more than professing a faith in a religious belief;  it has to encompass action that will ensure that our great grandchildren do not die lingering deaths in an encroaching desert.  Our profession to be Christians is made less believable with every switch that we flick to save us work, it is made less believable with every neglected garden;  it is made real with self-denial and every action motivated by creating a better future for the children of the future.

In the film “The Greatest Showman”, whatever its historical accuracy,  Hugh Jackman said of the impresario Barnum:  “His belief was what makes you different makes you special.”