The soldiers who came to listen to John the Baptist asked him how they should change their lives, so did some tax collectors.  Both must have asked the question:  Can I continue to be a soldier, or tax collector, and still live a worthy life?  John suggested a way in which each c 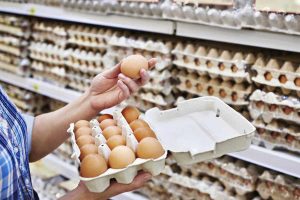 ould do so.  He also suggested that rich people (with two coats, for instance) could live a more worthy life by giving one of the coats to someone who did not have one.  John was not short of advice for people in power either and criticised King Herod for his divorce and remarriage to the wife of his brother.  As is often the case,  advocating more equal distribution of resources annoyed the person with the most resources – in this case, King Herod’s new step daughter, Salome.  Her displeasure led to John’s execution.

As we struggle to understand whether we can continue to live ethically in this society that has apparently no collective will to decrease inequality or to care for the environment, we are like the soldiers and tax gatherers who wondered whether they had to give up their professions entirely, or whether there was some way of conducting themselves in an ethical way.

John’s advice was:  Don’t collect any more than you are required to;  Don’t extort money and don’t accuse people falsely—be content with your pay;  Give one of your coats to someone who has none.  This advice got them out of a hole.  They could continue to live as soldiers, tax collectors, or wealthy people, if only they took the care to limit their power rather than to use it all for their own benefit.

Limiting our own power goes against the grain of some of our human natures.  Frequently, after an election, when people are explaining how they voted, they will say that they thought “this” policy would be better for everyone, but then voted for “that” policy they thought would be better for themselves.  It is like really genuinely wanting domestic chickens to be well-cared-for, but then shying away from buying pasture-raised, organic, free range eggs because they are twice the price of battery eggs.  Limiting our own freedom;  worse still, voting for someone else to limit our freedom;  so that some other part of God’s creation get a better deal;  this is never going to catch on without some shared vision of goodness.

As we look upwards to those who make decisions over us, we see largely a group of more wealthy, more privileged people, who are never going to limit their own wealth voluntarily.  It is hard for us to realise that other people, the huge majority in the world, as well as all the non-voting chickens, look upwards to us and see powerful people sitting on piles of wealth, unwilling to sacrifice any part of our privilege to improve their lot.  We may not feel powerful in the world, but our spending power continues to devastate huge parts of the world as poorer people exploit land to grow or to provide the goods that we want to buy.  We don’t feel powerful, but then, we don’t see the mountains of our throw-away waste that ends up in ports in poorer countries, nor do we see the children who make a living by picking it over in the hope of finding recyclable materials.

Well, John?  What message do you have for us before we remove your head?  In preparation for the coming of Jesus at Christmas, how can we continue to live our lives and at the same time look the Christ-child in the face?  How can we create a society with a shared vision of goodness?