Our church is studying Christian Values for the next six weeks; one value each 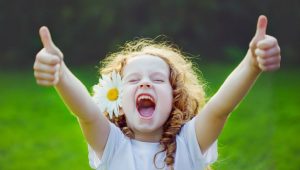 week.  Last week it was Humility, this week;  Joy.  We asked people what values they would include in the series and chose seven.  We would still like to hear more contributions because we plan to continue the series next year, 2020. There have been many values promoted by Christians in the past that we would not uphold now:  class division, for one. In 1848, Mrs Cecil Alexander was pleased to include in her publication, Hymns for Little Children, the following verse:

The rich man in his castle,
The poor man at his gate,
God made them high and lowly,
And ordered their estate

People outside a loving church community might look at the reported news and conclude that the most important Christian Values today would include: the censorship of sexual content on television;  the evil of abortion, of same-sex marriage, and of homosexual practices;  sexual abstinence outside marriage as the only sex education permitted;  and the promotion of intelligent design as an alternative to evolution.  People would get this impression because these are the values promoted by well-funded groups calling themselves Christians who catch the headlines.

People fortunate to experience a loving church community might look at Christian Values differently.  They might include as the most important:  compassion, favoring the situation of ordinary people over the interests of large corporations and the powerful;  protection of the environment as the product of a deep reverence for God’s creation;  the undesirability of war other than as a last resort, and a respect for diplomacy;  welcome and acceptance of immigrants and refugees;  support of the poor at the expense of those with excessive riches.  These values would emerge partly because they are most frequently promoted in the Bible.  There are 46 verses in the Bible that emphasize the importance of welcoming or loving the stranger; and there are far more verses forbidding us to judge others than those that refer to homosexuality.

But could we all agree about Joy?  Is anyone against it?  Does anyone think it a bad thing to be joyful?  The health benefits of joy are measurable and indisputable.  Joyful people in a loving community live longer, happier lives.  Why do we even need to talk about it?  Well, Christians are not particularly noted for being joyful.  Look at the first list and try to identify any joy in that.  We are often seen as sour-faced opponents of any joyful activity.  Sex (of any sort), joyful?  Shocking!  Wine, joyful?  No safe limit! Even dancing has had its Christian opponents.  So, however obvious it may seem, we do have to do some work on Joy remembering, perhaps, the wedding at Cana in Gallilee.