Reflections of a Lay Pastor: January 24th 2016 Parables for Baildon

Reflections of a Lay Pastor: January 24th 2016 Parables for Baildon

Nauru is a largely barren dot in the Ocean, it is built of bird 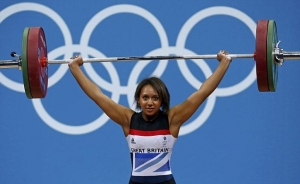 droppings, and is in effect a large potash mine. You can drive round it in 20 minutes. It is 2/3 the size of Baildon and has won 10 gold medals in Commonwealth Games since they started competing in 1990. They have a games medal for every thousand inhabitants; England has one for every 200 000! What a success story. Seventy percent of residents are obese, it has the highest incidence of diabetes in the world.

When we look at the competitions in any Games, we are of course impressed by the winners. But should those who did not win medals not have tried? Are they failures? Have they nothing to show for it. As I was struggling to lift 40 Kg in the gym this week, I saw on the TV a diminutive woman lifting 125Kg. She didn’t get a medal. Should she have saved her time and effort and gone for cooking instead? We all actually know that trying brings its own rewards even if falling off the bike now and then hurts.

Passion and love may not last for ever, but they improve us and bring their own happy memories.

Technological advance features the stories of people who spotted an opportunity and mortgaged their houses, invested everything, worked their fingers to the bone, often sacrificed their marriages, just in order to bring a terrific idea into reality so that the rest of us could buy it. These inventions were, by definition, things we had managed without just fine right up till that point; and, because history is written by the winners, we don’t hear so much about those who went through the whole painful process only to fail to capture public imagination and who died in penury. Maybe we miss the point.

Matthew, in chapter 13 retells stories of Jesus about people who spotted something worth having and gave up everything for it: a pearl, a treasure buried in a field. These were success stories, but Jesus’ audience would be well aware of the danger of the treasure not turning out to be as valuable as it appeared, and the pearl not providing food and shelter for the trader. “Be careful what you wish for” is wise advice.

Many lovely people feel sadness and shame when relationships fail, they experience so much suffering. It is difficult for them to recognise and celebrate, as the rest of us do, the qualities of love and persistence that they developed through their pain. It is easy to think that people who did not take a gamble on love, and so missed out on experiences, are somehow superior. Those of us who, probably accidentally, got it right, must give thanks for good fortune every day of our lives.

But is it the apparent success that is important? Is there not a feeling of being alive, worth all the pearls and buried treasure, which accompanies wholesale commitment to an idea? When we commit to bringing a child into the world, for instance, and devote the rest of our lives to that child’s welfare and happiness, is there not a joy in parenthood that accompanies the pain? If the child should die, does the parent ever think it was a mistake in the first place? When we commit to a course of action that involves sacrifice, we experience a joy of singularity of purpose.

People who join churches, and who commit wholeheartedly to the idea of Jesus-Shaped aspiration, experience a joy that trumps any possession. The statistics give this idea legs; people who commit to a church, people who work together with others for a purpose, people who have close friends who will challenge them as well as support them, live longer, happier lives; and, contrary to the cynic’s assertion, it is not that it just seems longer.

So let’s hear it for commitment! Let’s hear it for sacrifice! We have to spend our lives on something, let’s make sure it is spent on something that we value. What is it that we value in Baildon? What do we think is worth supporting? It may not be the community garden, or the Bracken Hall Countryside Centre, or Library volunteers; it may not be Friends of Baildon Moor or of the Ferniehurst Dell, valuable and worthy as all these are. Your fire may be lit by work with refugees (yes, we have some) or in a charity shop, it may be volunteering at the unique Glen Tramway or in Wesleys Catering. You may spot a need for something entirely new: that is how we got our wonderful youth group and youth orchestra, and how the teenagers’ group is going to start. It is how new choirs form and how communion gets taken to housebound believers.

Your pearl will not be the same as mine; that does not diminish its value to you, to me, or to those whom you serve.