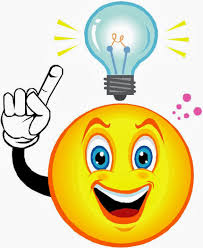 Epiphany is the twelfth day of Christmas, when we traditionally take down the decorations and start breaking our New Year Resolutions.  There must be more to it than that.

When “Epiphany” is used in the field of research, it refers to that moment when, sorting through all the necessary trivia of data collection, the researcher suddenly hears the message that it shouts out.  It hits you between the eyes.  How could you have been so blind as not to see the clear picture that now reveals itself?

In churches, we celebrate Epiphany as the wise men from the east arrived in Jerusalem (the wrong place) to see the baby Jesus.  Herod, the King at the time, was horrified to hear about another King on his doorstep.  He wormed his way into their confidence (it turned out that they weren’t that wise) and got them to agree to share information.

Many a young woman has made the same mistake in respect of an apparently powerful man who shows an interest.  Whom can you trust?  The epiphany came when the wise men realised that this King was simply defending his position and wanted to eliminate the opposition;  he was not their friend at all.  They, warned in a dream, returned to their own country by a different route after giving their presents to Jesus.

What would have happened if it had been three Wise Women instead of three Wise Men?  They would might have asked directions and arrived on time in the right place;  they might have helped deliver the baby, probably cleaned the stable, and brought a casserole and some clothes.  Men, Eh?!

The shepherds returned to their sheep;  perhaps lambing was approaching, or the sheep needed dipping.  The wise men returned to their own country;  I guess being chief astrologer is an onerous position that one could not afford to leave for long.  Everyone returned to their everyday problems.  Jesus spent his whole life trying to get people to see the bigger picture, but even failed with the disciples.  Finally, he tried with Pilate, and maybe succeeded, but there was another powerful man who was more concerned with his future promotion than with the bigger picture.

So, what is the message for us in 2019?  Of course we have concerns that preoccupy us:  elderly relatives, teenage children, interfering parents, a demanding boss, an impossible job, a house in need of maintenance, Brexit.  The season of Epiphany gives us a nudge that might enable us to lift our eyes from these short-term preoccupations.  We may be able to get a glimpse of the bigger picture, and that will be different for different people.  We hope that it is not just concerned with conserving our own power or wealth.  It may be that the fate of the World that is on our agenda or the salvation of our own soul, or of the souls of others.  It may be our legacy for the future, either in the form of our grandchildren, our Country, or our church.

Whatever it is, lets hope that we are able to rearrange our preoccupation with the trivia of life to address the bigger picture.