Paul’s letter to the Colossians (2:6-15 is in today’s lectionary) is about living Jesus-Sha 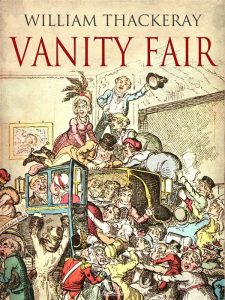 ped lives, for people who had never known Jesus in the flesh, as indeed Paul hadn’t either.

William Makepeace Thackeray had a way with words;  the opening scene in the TV series of Vanity Fair, spoken by Michael Palin, haunt me:  “This is a world where everybody is striving for what is not worth having”.  Has anything changed?  Except for the poor, who in these days of austerity may be driven into three low-paid jobs just in order to earn enough to give their children food, thus denying them the loving contact that might have come in more leisured times, we should all be examining our lives to see whether we are guilty of striving for what is not worth having.  Jesus-shaped living is different.

Jared Diamond’s outlines five characteristics of religion, in his fascinating book:  “The World Until Yesterday.”

Belief in the supernatural
Shared membership in a social movement
Costly and visible proofs of commitment
Practical rules for one’s behaviour (“morality”)
Belief that supernatural beings and forces can be induced to intervene in worldly life.

He explains, from examples around the world, exactly the sort of sacrifices people routinely make for their religion as “costly and visible proofs of commitment”.  Some of these examples make my eyes water.  But just as not everyone, who would describe themselves as a Christian, believes that God can be induced to intervene in Earthly life by prayer, so there are some of us who, apart from devoting some time each Sunday to attending worship, make no costly or visible proofs of membership;  religion not being allowed to interfere with our pursuit of what “Is not worth having”.

The passage from Colossians contains that wonderful image of our sins being written on a paper and nailed to the Cross, as “costly and visible proof” of forgiveness.  How could we forget?  How could we still allow past regrets to hamper us from Jesus-Shaped living?  How can we still be pursuing that which is not worth having?

Our church is currently involved in costly and visible demonstrations of our Christian mission to young people:  whether the huge response to the request for money and backpacks for “Mary’s Meals”, feeding over a million children worldwide with a locally-sourced lunch at school;  or the building of a new youth wing costing over £1m to rent out, without charge, to voluntary uniformed organisations.  We recently took part with delight in a service of worship conducted by a group of remarkable women who explained that, although the Holy Spirit was a gift to each and every one of us, like yeast in bread dough, it was up to us to work the yeast into the dough so that it could do its work of raising.  No fruits of the spirit without some costly labour.

John Wesley remarked that there was no such thing as a solitary Christian.  Jared Diamond’s “Shared membership” characteristic is an expression of the difficulty of holding to practical rules for behaviour without the opportunity to discuss with others facing the same challenges.  Following every one of our annual study series that welcome the year, we have benefited from hearing the views of a wide selection of ages and experiences from among the congregation about the topic of the day.  How could we even try to go it alone?

Paul’s message to the Colossians is still a challenge.  We can accept or ignore it.  Your call…