Reflections of a Lay Pastor: June 18th 2017: Living our potential

Reflections of a Lay Pastor: June 18th 2017: Living our potential 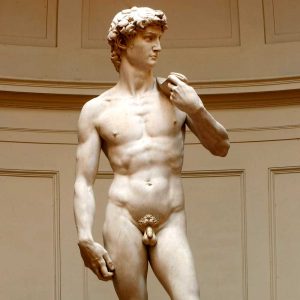 Samuel 16  calls to mind the lyrics of Vida la Vida  by Coldplay, which tells the story of a king, of his abuse of power, and of his sudden downfall:  “They couldn’t believe what I had become”  We don’t all live up to our potential;  shot from obscurity to absolute power, David didn’t.  Samuel selected him because God saw in the young David possibilities that he would be a good king, to make up for the sad misuse of power by King Saul.  Surely, he started well, but then power brings corruption and absolute power brings absolute corruption.

We all have potential within us, whatever age we are, whatever condition we are in, however bad things seem.  Ken Baldwin tried to commit suicide by jumping from the Golden Gate Bridge.  He recalls:  “I saw my hands leave the bridge, I knew at that moment that I really, really messed up.  Everything could have been better, I could change things, but I was falling. I couldn’t change that.”  From the bottom of the pit, the only way is up.  He is now bowled over by gratitude when he looks back at his life.  He quit the job he hated and has been a high school teacher for 25 years, a position that he loves with a passion.  His daughter grew up and attended the high school where he taught.  He got to present her with her diploma on graduation day.  Years after that, he walked her down the aisle.  “I got to give my daughter away,” he said. “She’s had two kids, so I have two grandkids. I wouldn’t have been here for the birth of my first grandchild, Zachary.” Ken had a second chance to fulfill his potential, all of those of us who are living have the same chance.

Stories of Jesus include calling disciples from their occupations to follow him.  He saw their potential, offered them a chance to be better than they were and to achieve more.  The same way he treated Zacchaeus, Mary Magdalene, and others.  Some of them made it, and succeeded in spreading the message of love widely throughout the Mediterranean.  Others didn’t.  In our attempts at a Jesus-shaped life, we must seek the openings through which we can help others achieve more of their potential;  it is the work of God.

In our own lives, every time we feel like Shakespeare in his Sonnet 29: ”I all alone beweep my outcast state,” we must delve into the reality of our lives, count our blessings, and then “Scorn to change

[our] state with Kings”.  From this point on;  here, now, as we read the next paragraph;  we can begin to achieve more of our potential.  Or, like King David, we can neglect it in favour of suspicion, hatred, greed, and riding roughshod over the needs of others;  simply because we can.  Our choice.