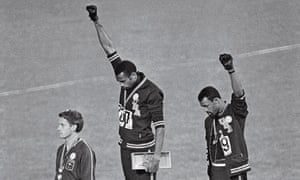 ho also wrote Deuteronomy.  The second author finished up writing about contemporary issues in the 6th Century BCE but, mostly, they were both retelling stories passed down the centuries.  This would be like us trying to write a history of the Tudors with no books of reference.  Elijah is a major figure in Jewish history and was one of those who appeared with Jesus on the mountain of transfiguration.  I Kings 19, today’s lectionary, is about Elijah.

Of course times were more violent then.  Even taking into account the Holocaust and both World Wars, scholars believe that early societies were much more used to violent death, murder and warfare, it went on all the time in some countries.  Elijah was a violent man and oversaw the killing of many people with whom he disagreed.  The histories tend to recount this as a Noble Fight for the Right;  Sticking Up for the One True God.  However, violence always has consequences, and Elijah decided to flee.

The usually accepted lesson of the story is that Elijah, like Jacob, found that he could not go far enough to escape his responsibilities and to escape from God.  The lesson is also surely that he forgot that there were others “on his side”, supporters, well-wishers, potential allies.

God appeared to Elijah after an Earthquake, a Wind, and a Fire, as a still small voice.  Elijah explained how lonely and alone he was as a prophet of the One True God.  God instructed him to return and anoint Hazael, Jehu, and Elisha as warrior kings or prophets to kill all dissenters.  God assured him that there were still 7000 people loyal to him, although they were keeping quiet and Elijah had not noticed.

The reason why Sikh men wear turbans and carry knives dates to 1699, a time of persecution, when a murdered Sikh was left with no-one to bury him.  Sikhs had become frightened and invisible and had faded into the background;  none came forward to claim and bury the body.  This horrified the Guru Gobind Singh who instituted the uniform now worn by baptised Sikhs.  In many religions, clergy wear a uniform.  In Sikhism there are no clergy, everyone wears a uniform.  The aim is that ther should be no invisible Sikhs.

What about us?  Do we fade into the background and pretend to be just like anyone else when evil stalks the land?  Like St Peter, do we deny that we ever knew our Lord?  Not for fear of death, but perhaps for fear of ridicule or embarrassment?  Perhaps this story is not so much about Elijah as about the other 7000 souls?

Perhaps it is time to work out what we are prepared to stand up for and to claim for ourselves, so that, should Elijah have to run again, should one of our number be in trouble, we will stand proud and proclaim that, because we are Christians, we believe that…  we act in this way…  we vote according to these principles…  we handle money according to these ethics…  Is there someone right now who needs some Christian support?  Is there someone who needs to know that they are not alone?  Is there some cause for which we should be standing up to be counted?