Judges chapter 5 is possibly the oldest piece of Jewish poetry in existence, d 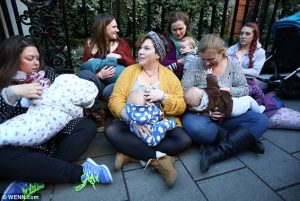 ating from 3200 years ago.  It is often called The Song of Deborah.  Prophet and Judge to Israel, Deborah was known for her wisdom, courage and compassionate zeal for justice.  She provided an example of leadership that wasn’t normally seen in society during her time.  Not many women in the Bible rose to positions of national leadership.  It was a turbulent time and it is a matter of speculation whether, if more women had been allowed to take office, things might have been better.  Israel was a patriarchal state in which women were “Protected” and maybe felt as though they were in protective custody.  Deborah stood out.  She must have fought some battles in order to become heard and respected.

Greta Thunberg was born in 2003.  She began to learn about climate change aged eight.  She was diagnosed with Asperger’s syndrome in 2015.  On 20 August 2018 Greta, aged 15, sat on the cobbles by herself outside the Swedish Parliament building, instead of going to school, from 8:30 to 3pm, alone.  She called this the “school strike for climate”.  She committed herself to do this every Friday until her government came into line with the Paris climate accord.  She has not managed to do this every Friday because she is in demand from others in this rapidly growing movement, at present in 700 cities in 70 countries around the world, and because she was asked to address a group of billionaire financiers in Davos this year.  She said to them:  “I don’t want people to be hopeful.  I want you to panic.  I want you to feel the fear I feel every day.  And then I want you to act.”  She has spoken with, and been praised by, Emmanuel Macron, Angela Merkel, and Jean-Claude Juncker.  She lives as a vegan and will only travel by train.  Her response to people who do not accept the view of 98% of all scientists that human activity is causing catastrophic climate change is to adopt selective mutism.  She is bullied constantly;  her response is:

“Bullying is a positive sign because they see us as a threat.  This campaign is getting big.  There is going to be hate.  It means something has changed in the debate.  Bullying means that we are making a difference.”