Reflections of a Lay Pastor: May 1st 2016: Accidents

Reflections of a Lay Pastor: May 1st 2016: Accidents

In Acts 16, Luke tells the story about how Paul decided to 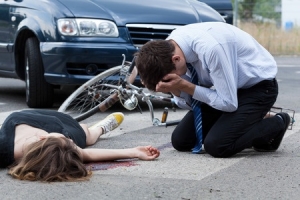 bring the message of Christianity to Europe.  Whatever we think about the way that the Church has changed our society, we must understand how this one choice by Paul (Europe rather than, say, India) has influenced the way we live and think.  It is not the only such incident.  Going back into prehistory, when human existence was so precarious, we can trace our ancestry back to just seven women whose offspring survived to give birth to our race;  what if one had died in childbirth, as so many did?

Speaking to people who sell the Big Issue, to young people who use the NightStop service because they are homeless, I realise that, but for a series of incidental decisions and happenings, that is me.  Most of us are, or have been, two bad decisions away from sleeping rough at some time in our lives.  Few of us would have gained the wealth and comfort we have if we had been born in, say, Syria, or the Central African Republic.

In January 1795 the US Congress chose not to adopt German as the official language;  we might all have been speaking German instead of English.  Many times in WW2 the war could have gone “the other way” but for some individual or group heroism of which we are now unaware.

Our church, our homes, and our way of living, have all been defined by events that might not have taken place.  Those who say that it is all the will of God have to explain the unhappy circumstances of the many who live in abject poverty;  is that, too, the will of God?

We may be lucky too.  I have certainly been lucky to avoid, through no virtue of my own, the calamities of personal loss and bereavement, of crippling illness, of business failure, and of a host of other accidental happenings.  “Why should this happen to me?” is a phrase we often apply to unhappiness-creating events but rarely to the serendipity when things all work together well.

It is time to stop taking our good fortune for granted and to acknowledge that others who lack what we enjoy are just as much children of God, just as much worthy of comfort and wealth, just as much deserving of loving relationships, and to thankfully use whatever comes to hand to make life better for others.

It is not what happens to us that defines our character, but what we do with it.