Reflections of a Lay Pastor:  May 26th 2019: Climate Emergency

Reflections of a Lay Pastor:  May 26th 2019: Climate Emergency 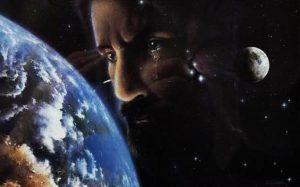 It would seem that over the last few weeks, every lectionary has recorded the huge changes that take place when people accept the Love of God into their lives, with all that entails.  Today the story is of a man, crippled from birth, who discovers the ability to walk at Jesus’ command.  The response of the God-Fearing Jews:  “It’s the Sabbath.  You can’t carry your bedroll around.  It’s against the rules.” John 5:9.

It is inconvenient to discover Jesus’ commands that we love our neighbours, in any country, in any future age;  and that we love God and His creation with all our being.  It is inconvenient because we must honour these guiding principles of our lives, rather than increasing our own comfort, for instance, or clinging to the conventions that someone else bequeathed to us.  It is inconvenient because in fast-changing world these two commands must be the rock on which we found all our decision-making and all our actions.  For the man at the pool of Siloam, for all the disciples who accepted the Holy Spirit into their lives, life had to change irrevocably.  They could not just go on as normal, but feeling that their souls had been saved.

The question is, as we pursue our separate and unique talents and live the best life of which we are capable, how shall we apply these commands?  What is most important?  The saving of my soul?  The saving of the souls of others?  Or something about how we treat the gift of life itself?  Let me ask you some questions:

The biblical accounts of people being touched by Jesus, or being converted to Christianity, are united in showing that this was a huge change in the life of each person affected, but is short on details of how the life of each person changed.  Perhaps the most complete picture we have is of St. Paul, who changed from being a Jewish bigot and murderer to being a self-sacrificing preacher travelling in discomfort around the Mediterranean telling people how to live.  What huge change would people see between us and our non-Christian neighbours?  What difference came over us as we became Christians?  If we were in court accused of being a member of this dangerous sect, would there be enough evidence to convict us?

So, what are the priorities for a Christian, today, in the context of the climate emergency declared by our Government on May 1st 2019, when every decision we take will affect irrevocably the lives of all our descendants?  I hope that Christians, including me, will lead the way in showing how life must change.