Reflections of a Lay Pastor:  November 17th 2019  Action for Children

Reflections of a Lay Pastor:  November 17th 2019  Action for Children

This week, we are making money for “Action for Children”.  This charity started out under Waterloo Bridge in London in 1869.  Two boys, Fred and George were hiding u 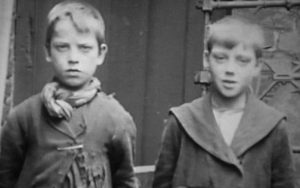 nder the bridge rather than going into the workhouse, which was compassionate Christianity’s answer to poverty in those days.  Husbands and wives in different buildings never to meet, separated from their children for fear the influence of their feckless parents should make them grow into inconvenient criminals.  Fred and George were right.

The Reverend Thomas Bowman Stephenson was walking by the Bridge and saw them there.  There are many courses of action he could have taken.  He could have ignored them, as we often do to people sleeping rough, as the priest and the Levite did in the story of the Good Samaritan.  He didn’t.  He could have given them money.  He didn’t.  He asked them what they wanted.  How remarkable!  Wasn’t it obvious?  A hot meal, clothing, a nice sleeping bag maybe.  They probably needed a bath.  Even more remarkable, Thomas Stephenson listened to their reply;  they wanted a home.  Clearly, this was quite impossible for Thomas to arrange, he was probably late for a meeting of the Workhouse benevolent committee.  Actually, he did listen and took their request to heart.  The first home opened on July 9th 1869.  The idea of a National Children’s Home was endorsed by the Wesleyan Methodist Conference in that same year.

The society grew in response to generous donations from the Christian public who thought that this was possibly a more humane way of providing for waifs and strays.  The provision grew:  training for house mothers and fathers;  larger homes (200 children in one alone);  apprenticeships for older children.  In 1908 it became the National Children’s Home and Orphanage.  Gradually the Homes closed.  In 1994, it morphed into NCH Action for Children;  now just Action for Children with many directions for action:  Specialist provision for children with disabilities;  support for children in care;  Education, and Research.

All this arises from the actions of one man (supported, of course, by his anonymous wife), a man who not only asked intelligent questions of children in need, but listened to, and acted upon, their answers.

Matthew 18:2-5:  Jesus said, “When you receive a child, you receive me.”  This is why so many Christians are involved in making provision for other people’s  children and young people.  It is a way of becoming more Christlike.  It is like becoming part of Godliness.  The church honours children in baptism, holding them at its centre.  The church continues to make provision for their growth and development from pregnancy to university through myriad groups supported by myriad volunteers and their freewill offerings of money and time.  Thank goodness!  Thank God for the wisdom and compassion of Thomas Bowman Stephenson.