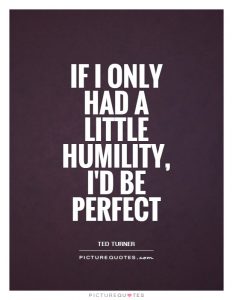 I am on Jury service this week.  People coming to court, charged with offences, need Justice.  To ensure Justice as far as possible, there are rules governing what Jurors can and cannot do, and what they can and cannot say to each other, to their families, and especially in blogs like this.  What I can say is how moving the whole process is.  How wonderful to be in the presence of wise judges, skilled counsels, devoted court officers, and a random selection of the public, all dedicated to the cause of determining justice beyond reasonable doubt.

When Jesus told the story of the Pharisee and the Sinner praying in the Temple, retold by Luke in chapter 18, He used two extreme examples of Jewish humanity: the man who kept the law and told other people how to do it;  and the man who was widely believed to keep other people’s money and who was a law unto himself.  There must have been many in Palestine at that time, and today, who fit somewhere in between these extremes.

Looking round the Jury waiting area (there is a lot of waiting around in Jury service), and talking with as many other jurors as possible, it surprises me how much we all have in common.  I have also learned a great deal already from other people there, about families, about demisting motorcycle visors, about combination locks.  I understand that I am not the only one there using the title “Dr”, but it is not immediately obvious who the others are.  At least one is a policeman, but he doesn’t look like one.

So, when the Pharisee said to God how grateful he was that he was not like other men, he should have left it at that.  He could have been grateful that he had a more faithful wife, more plentiful food, or a faster donkey than most.  These are all causes for legitimate gratitude.  They are gifts that he had been given.  But to be glad that he was not like “robbers, crooks, adulterers, or, heaven forbid, like this tax man” indicates a lack of self-awareness, that denies access to any glimpse of Heaven.  People who become “robbers, crooks, adulterers”, or dishonest men have made bad decisions in their lives, maybe even just one.  Some people whom the church has traditionally thought in some way to be second rate,  black people and homosexuals for instance, have had no choice about their condition.

Well, haven’t we all?  I look at the defendant for whom I am trying to determine justice in the court, I try to understand the homeless young people who use our spare bedroom from time to time, and I think about the bad decisions that I have taken in my personal and professional life, and I think:  “There but for the Grace of God…”  Actually, my survival as a relatively honest, solvent, person is also owing to the wonderful people who have supported and believed in me, they have been real channels of God’s Grace.

So, let us use our unearned gifts of material possessions, of good relationships, of fortunate birth, to give support to “robbers, crooks, adulterers” and, yes, even tax men!”  In these days of polarization over politics, listening only to the news we want to hear, despising those who disagree, it is up to the Christian Church to emphasize that God’s Spirit is to be found everywhere, if only we care to look.