Reflections of a Lay Pastor: October 29th 2017: The Bible

Reflections of a Lay Pastor: October 29th 2017: The Bible 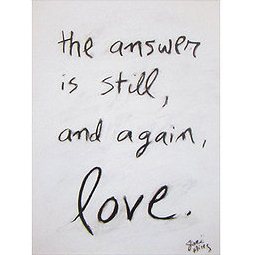 es.  Pharisees claimed to be literalists, to follow the instructions of what is now the Old Testament to the letter, for by doing so they pleased God.  Jesus took a different point of view.  He was quick and able to quote sections;  he probably knew the scriptures off by heart;  but he was selective.

There are plenty of verses in the Old Testament that promote violence against, for instance, witches, homosexuals, enemies in general and in specific;  and plenty which aim to control women, for instance the restrictions on women who are menstruating, or for a period after they have given birth.  Jesus was not keen to quote these.  Instead he cherry picked verses that, to him, sumed up what the Old Testament was all about.  His interpretation was that Love was the answer, liberally applied to any hurting situation.

Asked which were the most important commandments, and that was a bit of a trap because Pharisees considered them all equally deservous of compliance, Jesus replied that two commandments about Love were the most important.  He went on to ask a question of his own Matthew 22:34-46), and here we have to stand on the side-lines and just listen to the gist, because we understand neither the question nor the answer.  Let’s just say that Jesus threw them into confusion by exposing the absurdity of interpreting the Pharisees’ Bible literally.

We may not be amongst those who today interpret the Bible literally, but we are all inclined to cling to beliefs that not only have shaky foundations but which don’t stand the test of time.  By their fruits ye shall know them.  We should be continually testing our beliefs to see whether they stand up in the court of modern life.  For instance, what do we believe is the major threat to our society these days?

According to an investigation by the US Congress, of the 85 terrorist killings since September 12, 2001, far-right wing violent extremist groups were responsible for 62 (73 per cent) while radical Islamist were responsible for just 23 (27 per cent).  About whom should we be most worried?  Both groups are male dominated, not even trusting women with their own bodies;  both adhere slavishly to certain verses of their own scriptures;  both indoctrinate children into their beliefs;  neither is representative of their mainstream religion.  However, it is the Pharisees’ descendants, right-wing “Christians,” who do the most damage to our society.

As is often the case, this reflection makes me realise that I need more thought, more prayer, more reflection, on my beliefs and commitments.  It is not up to me to judge anyone but myself.  I have been wrong quite often in the past.  I have done wrong quite often.  Fortunately, forgiveness is readily available if only I choose to take it!