Reflections of a Lay Pastor:May 19th 2019: Sticking to the knitting

Reflections of a Lay Pastor:May 19th 2019: Sticking to the knitting

In Acts 11, we can read how Peter was summoned before the rest of 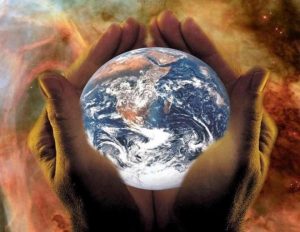 the Disciples to account for his mixing with Gentiles.  They were really hung up about male circumcision;  it was really important to them.  According to Jewish law then, and now, it is necessary to cut away the foreskin covering of the glans of the penis of a baby boy (without his permission, of course, even though this is an irreversible operation).  In this country, performing an equivalent operation on a girl carries a gaol sentence;  the powerful Jewish and Islamic lobbies prevent any such legal interference in the circumcision of boys.  The Disciples were Jews and, to them, any uncircumcised male was a Gentile, outside the fold of those whom God cared about.  Many of the Disciples wanted that Gentile converts to Christianity accept adult circumcision, no antisepsis, no anaesthetic.  Why?  Because this was a Biblical instruction.  Even the most ardent Bible Christians today acknowledge this to be a redundant scripture.

In Texas, on 10th April this year, Lawmakers debated a motion, proposed by Tony Tinderholt, about whether to criminalise abortion with a law carrying the death sentence.  This is an extreme example of the activities of the Christian pro-life lobby, funded by a $1.7m “Family Planning” grant from the President.  There is an irony about pro-life Christians wanting to kill people;  maybe some Texan Republicans don’t understand irony.  As I write, the US has joined forces with China and Russia to defeat a UN motion condemning rape as a legitimate tool of warfare.  Their motivation is apparently that this would open the door to abortion for victims of wartime rape.

Over the years there have been many examples of Christians becoming diverted from the vital work of sharing God’s love with all people and becoming obsessed with peripheral issues which were to them important.  These issues generally involve telling other people what they may and may not do, what they should and should not believe.

Visitors to our church frequently report on the loving atmosphere, the welcome without strings, and the emphasis on our stewardship of God’s creation.  We join together in saying no creed;  we have no requirement to hold to particular elements of historic formulations of Christian belief.  The many and various beliefs of members of the church contribute to its richness.