The story of Noah’s Ark is widely known;  it appeals to children;  it offers drawing and colouring opportunities.  Every major religion seems to have its own flood story and the r 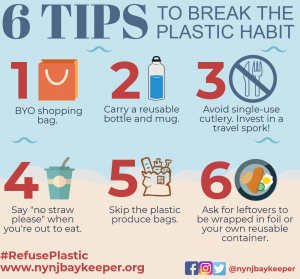 eason is that there have been many environmental disasters in human pre-history, the stories of which have been passed down and interpreted by many generations until literacy enabled them to become written records.  Of course primitive peoples with no foundation of geological or metrological knowledge accredited sudden climate changes to God working in the World.  That doesn’t mean that we have to.

Because stories are written by survivors, we don’t hear about the families and tribes swept away by Noah’s flood, and we only know through the patchy fossil record about the species wiped out by environmental changes;  ask any child about dinosaurs.  We are approaching the time in human history when we have the industrial power and the approval of human greed to cover the planet with plastic, to eliminate all large mammals and birds, and to expand factory farming to the extent that killer weevils can devastate the world production of rice, wheat, or bananas.  That is what will happen unless we take control.  Millions people will consequently suffer and die.  They will mainly be poor people so their stories will not be widely told.

Christian groups seem to be good at attracting publicity about demonstrating outside family planning clinics, bothering themselves about what other people get up to in bed with their loved ones, and fussing about whether women can be bishops.  We could, instead, be seeking widespread awareness of the dangers to God’s world from Arrogance and Ignorance and Greed (and if you want a song about it, google Show of Hands).

Churchgoers are often reluctant to discuss politics or anything to do with the organisation of God’s world by our elected representatives, and this maybe to avoid exposing disagreement.  Perhaps we need an Environmental Christian Church.  But, wait a minute! Surely we are one in Baildon?  We have been recognised as an Eco congregation for the last ten years.  We are about to build the most environmentally sensitive Christian building anywhere.  Our vision statement says:

We will respect God’s World; using as little energy, and creating as little waste, as possible, to leave the World a better place

Despite the increasing numbers of people who come to Wesleys and to our church because of the loving warmth that we offer, our energy consumption is falling and our carbon footprint is shrinking even more rapidly.

Is it possible that we can, as Christians, leave a legacy to our great grand children’s great grandchildren of a clean Earth with clean water and clean air, with a diversity of species and a more equal distribution of wealth?  Would this be a better legacy than the internecine hatred that seems to dominate current headlines about Christian bigotry?  It is up to us.  What would Jesus do?